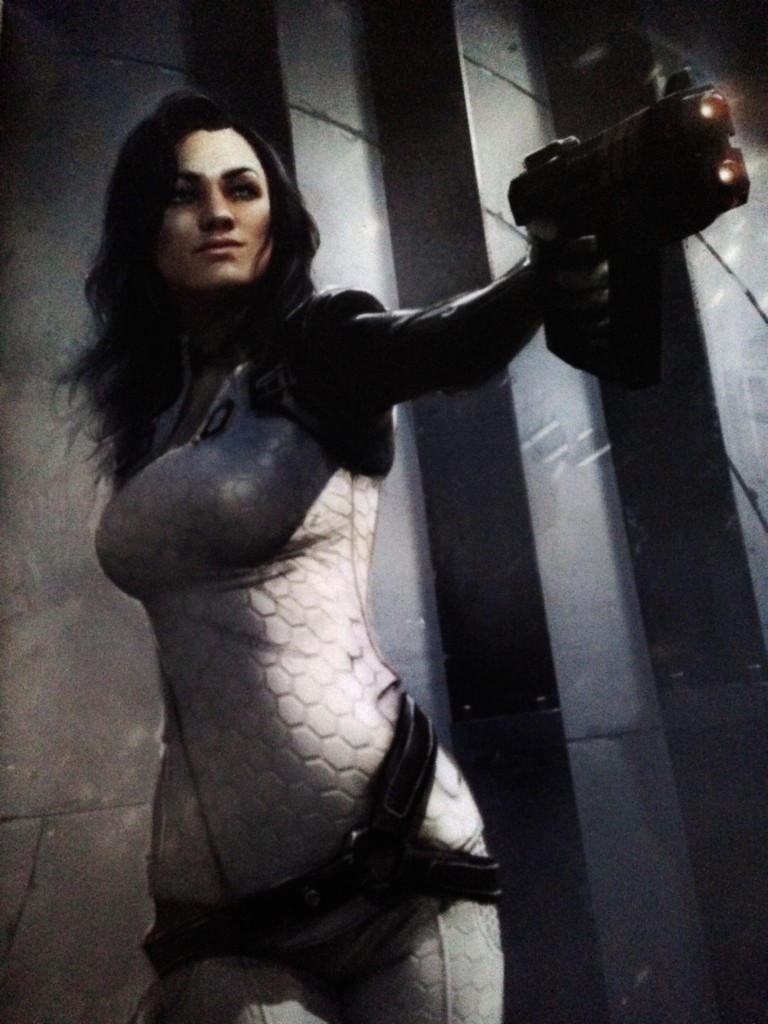 I have a friend who have known now for well over a decade. He seems to be one of the few people who enjoys my brand of crazy. His name is Rob and he is a fan of the Mass Effect series too; but nowhere near as obsessive or fanatical as I am. He also has or had a crush on Yvonne Strahovski, who is the actress who portrays Miranda Lawson as seen above, so I included that photo.

Anyway he was having a hell of a time trying to beat a particular level in Mass Effect 2 on the hardest difficulty, Insanity. The mission in question is one I had trouble with. You board a supposed derelict Collector cruiser and see if there is any intel that can be salvaged. Turns out the Illusive Man is a bastard and you walk into a trap. Rob asked me to help him out with beating this mission. As he was having trouble.

So I came over to his place on 67th Street, this all took place over a weekend in 2010 sometime between May and July of that year.* He turned on his needlessly complicated screen set up and I fired up the game. The most recent save was right as the combat started in the mission, you are on the lowest of several hexagonal platforms that rise up slowly around you. The first thing I did was open up the Powers menu to see how he had set up his Vanguard, a close combat biotic specialist that use high risk high reward tactics. First thing I notice he has set up this diffuse and generalist skill set up, which is patently useless. I recall asking why he had done this and he gave some response, I cannot recall exactly. Fairly certain was not coy in my dismissal of his choice and I loaded the save that was back on the ship as it would be needlessly difficult for me to do it that way and there was a harsh lesson to be taught here.

Mass Effect 2 allows you to reset your character’s powers for a sum of Element Zero (“eezo”). This sadly was not useable by your squad mates until Mass Effect 3 so I was stuck with his set on my squad. But I reset his powers and built my own, maximizing all the skills I wanted and not bothering with skills I would never use. And all the skills that could maximize my survival was used. I had beaten the game on Insanity as a Soldier, so it was much harder to kill me and I had more options in killing them. But I had a decent submachine gun, a very accurate pistol, a big shotgun and the ability to slam myself into my enemies to recharge my shields and send them flying. I was ready.

It took three hours to do this. Slogging my way out of the first ambush, shooting my way through the hive like hallways, living through the hell of fighting a Praetorian in a small room. But I managed to do it. This mission is easily the hardest mission in Mass Effect 2 on Insanity. The last mission in the game is actually very fun on Insane, the Cruiser is hell. After that mission he would have no real trouble with the rest of the game, especially after I rebuilt his character. Not the most effective lesson as I did the actual work, think he was sitting on the couch playing Dawn of War or watching Netflix if he was present at all. I never really followed up with him until now to see if the lesson stuck, think it did.

It was fun to challenge myself and help him out. He was and is no where near as excited about these games as I am but he is also the only person I really ever really talked to about these games until now. I remember I actually teaching the BlackBerry that was my cellphone at the time names of characters and races from the game. It would still try to correct Garrus into Harris but I would not have to fight it every time. It was all kinds of fun.

*- For those who want burglarize his apartment he has since moved a few times.

And here is another photo for Rob. 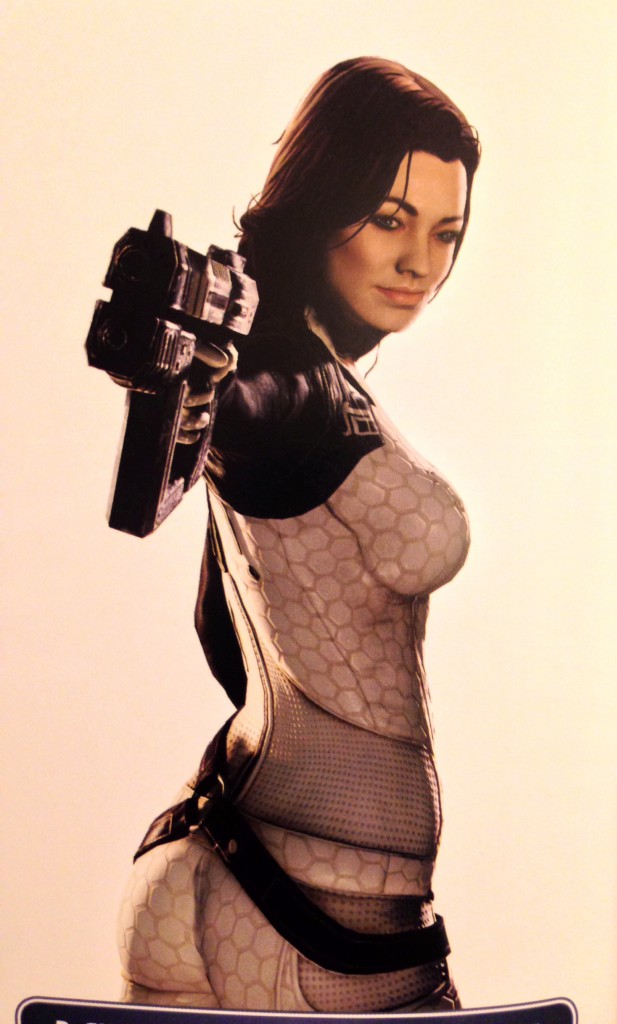